END GENDER DISCRIMINATION IN THE OLYMPICS

What is LET WOMEN DECATHLON?

There’s only one Olympic event that crowns the world’s greatest athlete. And women aren’t allowed to compete. It’s may be hard to imagine, but even in the year 2024, there is no Women’s Decathlon in the Olympics.

Today, scores of dedicated women decathletes around the globe are tirelessly training for their shot to make history at the 2024 Olympic Games. Jordan Gray is one of them. She holds the second highest Decathlon score of any woman currently active in the sport, the American record, and the third highest score ever for women in the world. On behalf of all female decathletes, all she wants is an equal chance to compete.

Women’s Decathlon is already in place at the highest levels of sport, including the USATF and the IAAF. Like many of her peers, Jordan is prepared to represent her country in the Heptathlon (seven events) at the 2024 Olympics. But she has a simple question for the International Olympic Committee: “If we’re succeeding in the 10 events of the decathlon, why aren’t we allowed to compete at the Olympics?”

Everything needed for an Olympic Women’s Decathlon is already in place for 2024. A field of amazing women decathletes stands ready to compete. The only obstacle to making Women’s Decathlon a 2024 Olympic sport is a “yes” from the IOC and president Thomas Bach.

DISCLAIMER: This is extremely candid. This is straightforward, and while it’s not meant to hurt anyone’s feelings, it is to lay it all on the table without some of the hemming and hawing we usually do around the subject. If we’re going to ask difficult questions, we need to be ready for difficult answers. Here are some of the common questions that get asked and the answers that most of us agree on when discussed.

What about the heptathlon and current heptathletes?

This is very common and warranted question. The heptathlon is a loved event, and there are many women all over the world competing at a VERY high level for chances at The Olympics, sponsorship money, etc. and no one wants to force someone to do an event they don’t want to, so the goal isn’t to get rid of the event. And the last thing anyone would want to do is pull the rug out from underneath women at the last second who are getting sponsors or about to retire and tell them that they have to learn 3 more events out of the blue!

Currently, the goal is to contest in both either at World’s and/or The Olympics. Which leads into the next question….

Won’t that make it UNEVEN between men and women?? It’ll cost more money and is that even feasible to make it UNEQUAL??

Lol. This question always makes me laugh. It has always been uneven. Literally. For 125ish years men have had MORE events than women. If you don’t believe me look at THIS LINK and count how many events the men versus the women had just last year at the 2020 Olympics. Not only do women have a heptathlon versus a decathlon, but literally are not allowed to compete in all the events. It’s always costed more to allow men to have more events than women, if they cared about cost and equality this wouldn’t be the case. If the women’s decathlon is added, then the number of events would be EQUAL. And let’s be honest, even if it wasn’t equal and women did have one more event, men have had more events for over a century; they can suck it up for a few years for women without crying ☺

Why do women even care that there is no decathlon and a heptathlon instead?

Excellent question. Women were told that they were incapable of competing in a variety of events- marathon, 800m, 100m, pole vault, triple jump, 400m hurdles, etc. for a LONG time. (It wasn’t until the year 2000 that women were even allowed to pole vault at the games.) Women kept doing events though and proving themselves capable and fighting for opportunities to compete in the same events that men were. In 1964 women were given a Pentathlon, a 5-event counterpart to the Decathlon since women were thought of being incapable of half of the events. Then, in 1984, women were given a Heptathlon- a 7-event counterpart, because we proved we could do more, but we were still thought of being incapable of pole vault and other events. Now, in the year 2022, even though women have proven we can compete in EVERY SINGLE OF THE 10 EVENTS, The Olympics still will not allow women to do a Decathlon at The Games. Also, even though they were being told they couldn’t do a full Dec, women have been doing them anyway since the 70’s (so only like half a century).

So, to put it plainly, the reason women care is because the Decathlon has always been considered the FULL combined event since 1912 at the Games and crowned “The World’s Greatest Athlete,” but we have been told all that time that we are physically incapable of doing one at a high level. And even though we’ve proved we can, we’re still excluded simply for being women.

This one usually makes me laugh too. If guys seriously want a heptathlon, by all means, someone start that fight. However, men haven’t been fighting to prove capable of the full events for 100 years, and haven’t been just dying to do the girl version of an event that was created for those deemed “incapable.” Not by ANYMEANS to downplay how difficult, demanding, and incredible the heptathletes are- they are INCREDIBLE athletes. But this argument would kind of be like saying back in the day, “well, if you’re going to start letting women play full court basketball now, are you going to let men play half court??” Again, not to downplay the heptathletes, but the heptathlon was created for the same reason half-court basketball was- “Women can’t do the whole thing- let’s make a ‘girl’ version.” 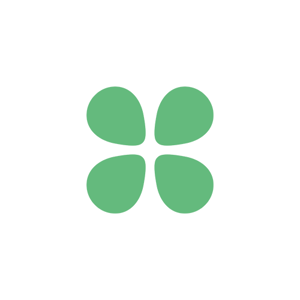 100% of all purchases made with HTTY are donated to the following organizations:

Heaven to the Yeah (HTTY) is a registered non-profit with the purpose of providing resources for athletes in underrepresented sports, empowering equity advancement, cultivating global networks, and unlocking transformative inclusion with excellence.  HTTY is also a media platform for positive and encouraging messaging. The organization sponsors children and missionaries on four continents and partners with universally recognized non-profit organizations such as Compassion International, World Vision, The Salvation Army, Prison Fellowship, K-Love, Children International, Freedom Challenge, and Food for the Hungry.
Youtube Instagram Facebook Twitter